Happy New Year everyone! I hope you all had a great night last night and that you have an awesome and blessed 2018!

For those of you who don’t know, I started a blogging series last year that I sort of never finished. Yeah, I know. Bad blogging etiquette. But, the good news is, I’m back! And I’m ready to continue the series!

The truth is, right after I started it, a lot of craziness happened in my personal life that you can read about in previous blog posts and on my Instagram account here. Nonetheless, things are finally getting back to normal and I’m feeling healthy and happy—ready to jump back into blogging!

Today, I would like to continue this series by discussing the topic of plot, and how it plays into the fabric of a story well told. It’s is one of the most important aspects of a novel and it can literally make or break a story. Further, while this blogging series is about books, I’d like to use two movie examples that I believe demonstrate my point well. I will then, branch off those movies and discuss how I believe a plot can be best formatted.

The first movie that I would like to talk about is the movie Footloose, with actors Dennis Quaid, Kenny Wormald, and Julianne Hough. I watched a few months back for the first time and was honestly seriously impressed with the storyline. It starts out with three characters who are all grieving in their own ways.

There’s the small town reverend, who’s grieving the loss of his son—who died in a drunk driving accident, his daughter Ariel, grieving the loss of her older brother, and Ren McCormick, grieving the loss of his mother. The reverend grieves by banning things that he considers dangerous, like dancing, music, and books in hopes that it will discourage the reckless behavior that killed his son. Ariel grieves by engaging in reckless behavior. And Ren grieves by dancing and listening to rock music. Needless to say, worlds collide when Ren comes to live with his uncle in Georgia and tries to host a dance in the very town that the Reverend outlaws dancing in. Things come to even more of a climax when he falls for Ariel, the pastor’s daughter.

I don’t want to give away every detail of this movie (in case you want to watch it for yourself), but the story progresses as the characters learn to understand each other—and they each find that none of the others are as bad as they initially assumed. It’s story about forgiveness, dealing with pain, and trying to see life through another’s eyes. This kind of story was what most authors would consider to be character-driven, as the characters are essential to the storyline.

The second example that I would like to use is the box office classic, Star Wars. In Star Wars, the characters live in a galaxy (far, far, away. Sorry. I had to do that) where their community is torn apart by war and ‘the dark side’. Meanwhile, a young Luke Skywalker is called to be trained in the ways of a Jedi to save his galaxy. So, with a little help from the ever memorable Yoda and Han Solo, he fights Darth Vader and redeems his homeland. There’s more to it (and a lot of sequels), but that’s the basic idea of the first movie. Many authors would consider Star Wars plot-driven, as it is more driven by the fight against good and evil than it is by their characters and their various quirks and individual issues.

Both of these types of stories are good options and both movies are phenomenal in-my-humble-opinion. The type of story that an author chooses to write is really a matter of personal preference. There are good stories in both styles. Personally, I’m usually more drawn to character driven plots, but I can also think of some great plot-driven books and movies that I love—including Star Wars and The Left Behind Series.

However, it is important in both styles that there’s a consistent flow to the story. It should gradually rise in action throughout the story and have some kind of resolution at the end. I also believe, that while a story should remain interesting throughout, there shouldn’t be a catastrophe on every page. Sometimes, the reader needs a chance to breathe, and recap earlier events. Too much at once can be a little overwhelming for the person receiving the story. Thus, a story should have natural ups and downs.

Here’s an example below

It is also important for stories to be original. Too often, I find books and movies that seem like an exact carbon copy of something, with a few minor changes. This seems to (sadly) especially common among Christian fiction. When something has been done well, and has gotten a good reception, I can see how it’d be tempting to want to make something like it. We get ideas from other great works, and naturally, there are going to be elements in our stories similar to other stories out there. That’s sort of inevitable, and there’s nothing wrong with being inspired or having some familiar tropes in your own novel.

Nonetheless, as writers, our job is to create original storylines that touch people emotionally and intellectually, which means we can’t copy line for line. There is so much potential out there for great stories—especially stories from a Christian worldview. There is so much that has never been done that we have the chance to explore. All we have to do is a little soul surfing, to figure out exactly what that is, and what it looks like for us.

Movies and books that have gotten it right.

To Kill A Mockingbird.

The Left Behind Series.

How about you? What do you think makes a good plot? Is there anything you’d like to add? If so, feel free to share it in the comments below!

Hey everyone, I’m back again with a new Thursday post – but this week, we’re changing things up again!

Typically on this blog, I run posts about belief, inspiration, and current events. Nonetheless, this week, I decided to do something different. I still intend to keep this blog predominantly about those things, but this week I decided to write about one medium we can use to live confidently in Christ—writing!

How about you? What writing advice do you have to share? Tell me about it in the comments section below!⬇️

Day Four: If you could have any job in the wold, what would it be?

Since I already wrote about this for the first challenge, I’m going to post the link here, but I promise to be back tomorrow with a brand new entry!

Until then, be sure to check out Emily’s blog over at Fearfully Wonderfully Me, who is partnering with me in this challenge!

Have a blessed night y’all!

Ever since I was a little kid, I’ve loved stories. I begged my mom to teach me how to read when I only three years old and from that point, I haven’t stopped. When I was little, it was board books. When I got a little older, it was chapter books. Now, I’ve moved on to novels and blog posts.

But, I didn’t just love reading stories, I loved telling them too. When I was a child, I used to enjoy playing pretend with my dolls and stuffed animals. After school, I would frequently disappear into my room, which in my mind was a transport to another land far, far away. Pretty soon, I discovered the ‘power of the pen’ and wrote short stories with a pencil and paper. I illustrated a “cover” and stapled the pages together. Those were my earliest days of writing.

I moved to the computer eventually (After taking the ever dreaded typing class), and I’ve been typing up stories since I was about eleven years old. I self-published two nonfiction books (Teen Impact and Know Jesus Know Peace) during my younger teenage years and am currently working on a fiction series that I hope to publish. I have also moved onto other mediums of writing-namely blogging and writing song lyrics while still staying true to my first love: Books.

As you probably figured out, my dream job is to become a successful writer. I’ve had that dream since I was a little girl and it’s persisted into adulthood. I’ve grown in my craft through writing this blog and also through the blogs of others (Shoutout to all my blog friends!). I don’t know my future holds, but I do know that God holds my future in His hands. Thus, as I continue this journey into college and a future career, I’m going to trust God and continue sharing my random thoughts with my awesome, faithful readers and through blogging. 😉

So how about you guys? What is your dream job? Feel free to post your answers in the comment section! As a Christian and aspiring author I
love these ❤

Quote for the writer and the revolutionary

The life of a teenage writer… 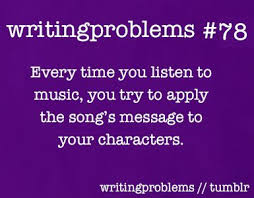