A little while back, I did the exact thing that everyone tells you not to do.

It’s the very thing that everyone warns you about, and thing that could potentially get you banned from any dinner party.

I discussed politics with friends. 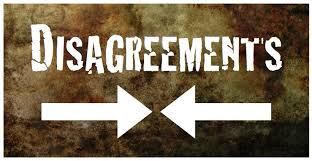 Joking aside, the discussion actually went quite well—despite the fact that one friend was a Republican, one was a Democrat, and I’m sort of right-in-the-middle. We had differences, no doubt about it. Nonetheless, despite those differences, we each listened to each other. We heard what each person had to say and stated our own thoughts in a kind, respectful manner. At one point, one of my friends even noted that this was how politics in America should be—everyone listening to each other without getting into a shouting match.

Truthfully, the more I think about it, the more I believe that’s how discussions about any important topic should go. Regardless of the issue, people are always more likely to learn when discussing things in a calm, and intelligent manner.

Over the course of my high school career, I learned how to do this. My classmates and I were always encouraged to discuss hot button issues in my classes, but somehow, those discussions never led to a major fight or a fallout. In fact, I believe that we actually grew stronger through those differences—something rare in a world that continues to polarized politically, racially, religiously, and in every other way imaginable. And, thinking about it, I believe there are a couple of key factors that we’ve always utilized, making for meaningful discussion in the midst of differences.

Factors that I believe, if utilized, might help us become a little better at disagreeing well.

Don’t make snap judgements – One of my biggest pet peeves has always been stereotypes and labels. From the time I was young—they have always bugged me to the core. Mainly, because one—they can be offensive, and two—they can keep us from listening. When we begin to see people as caricatures, we cease to see them as humans, and we stop really listening to them. We assume we already know what they have to say and thus, make an idiot out of ourselves. In order to listen well, we must fully understand what they’re trying to say—without stereotypes or generalizations.

Try to understand their point-of-view – As an author, this is something that I do on a regular basis. When I create characters, they aren’t always exactly like me, nor do they always think the way I think. In life, like in a story, it is important to understand the people you’re surrounded by. We didn’t all grow up the same way, and we haven’t all had the same experiences. Take this in consideration as you consider the “why” behind the opinions the other person has.

Treat people as Jesus would – As Christians, we’re given the ultimate role model for interacting with the world at large, as well as those closest to us. In Scripture, Jesus was always respectful to people who came from different contexts than He may have been used to. If we follow His example, treating people with the upmost respect, we can never go wrong.

How about you? Have you ever gotten into a discussion with people who have different viewpoints? How did it go – and how do you believe we can better learn to disagree well? Feel free to share in the comments!

9 thoughts on “How To Disagree Well”