Throughout my childhood, I could most often be found with a book in my hand and a story in my heart. I was the girl who went to the library often for special events and ‘storytimes’. Who checked out out piles of books from the library and got halfway through chapter books on the car ride home. And oftentimes, during my childhood years, I wanted to live within the pages of the story that I had just read.

When I read a series of Nancy Drew books specifically adapted for young readers, I wanted nothing more than to solve real life mysteries with my friends. When I read the Katie Kazoo series, I thought it would be so cool to switch places with someone for a day. The narratives that I read shaped my own narrative about the world around me. The gave me a lens through which to see the world.

In many ways the same could be said for us as adults today. The narratives that we tell ourselves shape our view of the world around us. Thus, I have recently felt prompted by the Holy Spirit to address a topic, or ‘narrative’ that too often has been pushed to the side, diminished, or simply not addressed, even though it is something that most likely, many of us have had questions about at some point in time.

And that narrative concerns the role of women within the church.

In society at large, the list of things that women can do has increased dramatically. In 1920 women officially received the right to vote. In the 1940s, during World War Two, women entered into the work force at rapid pace. And today, most schools have sports teams where women can participate in sports like tennis and soccer. However, in the 21st century church, it is still extremely rare to see women who preach, lead, and hold positions of authority. To a great extent, this is due to the way that certain verses, such as 1 Timothy 2:12 have been interpreted.

However, if you look at the context of the text, it’s not quite as clear-cut as it may seem.

In this verse, Paul is writing to Timothy concerning his ministry in Ephesus. In this specific verse he says, “I do not permit a woman to teach or to assume authority over a man;[a] she must be quiet.”

At first glance, it can easily look like Paul is not permitting women to serve in certain ministry roles; however, if you read the chapter before it, this verse becomes a whole lot clearer. During this time there were many false prophets in the surrounding area, and it seems based on this text, that because women did not have access to religious education, they were far more susceptible to these heresies than the men in this same region. According to Paul, in 1 Timothy 1:7, “They want to be teachers of the law, but they do not know what they are talking about or what they so confidently affirm.” This verse seems to be referring to the same group of women that Paul is asking to be silent in this particular church, in this particular time.

Secondly, for Paul to ban all women from leadership he would literally have to contradict himself—as he commends women preachers and leaders in various other passages of the Bible. In Romans 16:11 he says, “I commend to you our sister Phoebe, a deacon of the church in Cenchreae.“, which in Greek translates ‘deacon’ to mean ‘leader of a congregation’. Furthermore, in Philippians 4:2-3, Paul says “I plead with Euodia and I plead with Syntyche to be of the same mind in the Lord. 3 Yes, and I ask you, my true companion, help these women since they have contended at my side in the cause of the gospel, along with Clement and the rest of my co-workers, whose names are in the book of life.” These verses seem to indicate that Paul was a strong supporter of women in ministry.

Finally, we see various other passages of Scripture affirming women in ministry as something that is good, to be expected, and honorable. Acts 2:17 says, “‘In the last days, God says, I will pour out my Spirit on all people. Your sons and daughters will prophesy, your young men will see visions, your old men will dream dreams. And, 1 Corinthians 11:2-16 speaks of women praying in public—once again showing women in positions of leadership and authority.

To conclude, I believe that as the Body of Christ, we need to include both men and women in Christ’s story of redemption. We ought to not just enable half of the body of Christ to reach people and nations—but the whole body. We ought to empower women to see themselves as vessels God can use to spread the Gospel. We ought to be amongst the strongest supporters of women co-laboring with men to bring the Gospel to every nation, just as God commands us to do in Scripture.

As I have worked and continue to work in the areas of ministry God has called me to in my own life, I am so thankful for the pastors, leaders, and friends—male and female alike, who have encouraged me to go fully after the callings the Lord has placed on my life. I am beyond blessed to be part of a community that supports me and so many others in all of these things. And, I pray that every person—male and female alike, would feel that same kind of support as they pursue the things that God has called them to do.

“Therefore go and make disciples of all nations, baptizing them in the name of the Father and of the Son and of the Holy Spirit, 20 and teaching them to obey everything I have commanded you. And surely I am with you always, to the very end of the age.”’ – Matthew 28:19-20 (NIV).

Let us be women of faith, shining an example for others to follow.

Let us be brave, daring to fight as equal partners alongside our brothers in faith.

Let us be strong, never being afraid to step out, speak out, and defy the status quo.

Let us never settle, but choose to wait for a man after God’s own heart, who will love and respect us in equal measures.

Let us be a voice in our generation, daring to live original in a world that expects a carbon copy.

Let us speak up for woman around the world who lack the opportunities that we have been blessed with, in freedom and in education.

Let us be compassionate, always remembering that God values our heart more than our appearance or accomplishments.

Let us be leaders, and be the hands and feet of Jesus to those whom God has placed in our paths.

Finally, let us be warriors – for all that is good, and right, and noble, and just, and pure.

And let us never forget that we are loved, valued, and cherished by a God who has created us, on purpose, for a purpose

Let us never forget our identity in Him! 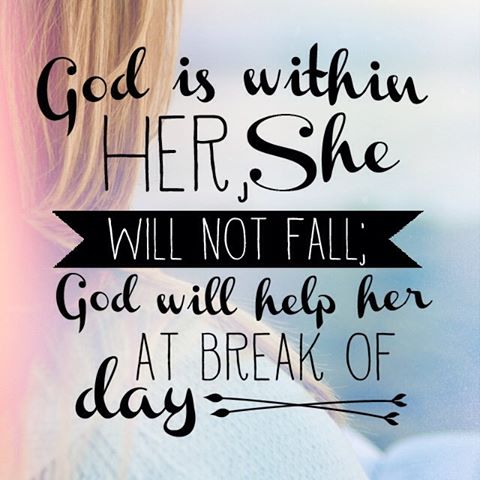 Lately, I’ve been thinking a lot about community. Both in the context of the local/global church and society at large.
2020 Christmas photo dump.❤️🎄
When the bell rings the angel gets (her) wings.👼🏻🔔
Went to the mall today and ran into a pleasant surprise.😍😍
“The more we let God take us over, the more truly ourselves we become - because He made us.” - C.S. Lewis.
“My grace is sufficient for you, for my power is made perfect in weakness.” Therefore I will boast all the more gladly about my weaknesses, so that Christ’s power may rest on me.” 2 Corinthians 12:9 (NIV).
REVIVAL CAN HAPPEN IN THE QUIET OF OUR SOULS...
Girl’s Day in a galaxy far, far, away before 2020.✨