Time after time, almost every Christmas, I try to imagine what the first Christmas was like for the cast of characters living during the time of Jesus’ birth. How they felt. What they went through. What they were thinking. A couple of years ago, I even did a short blogging series on Mary’s Point of View and Joseph’s Point of View speculating what it would be like to walk in their shoes. And it seems that with each passing year—though it’s an account that I’ve read thousands of times before, I’m able to pull something different from the story of how it all began. The story of our Savior. 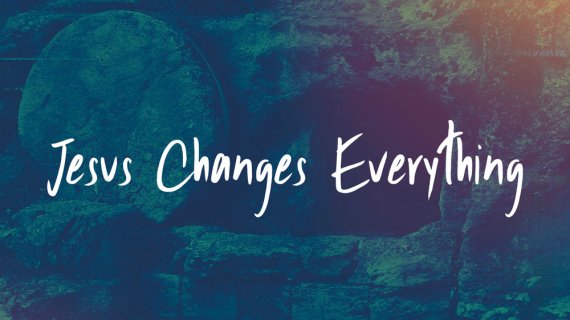 A Savior who enters into the normal paradigms of our life—and changes everything about it.

Mary was just an ordinary girl—probably not much older than fifteen.Joseph was an carpenter from a humble background. Shepherds, who were among society’s poorest and plainest were some of the first to see our Savior. But Jesus invaded each one of their lives—and when Jesus stepped into the picture, their lives were forever changed.

The crazy thing? The same could be said of the world today. When Jesus steps into the picture, nothing is ever the same. Former drug addicts become powerful preachers. The greedy transform to the generous. Career criminals change their ways. Families are healed. Marriages are restored. Lives are lived with purpose. Because when you encounter Jesus, it is impossible to remain the same.

I saw this happen in my own family growing up. When my family came to Christ during my preteen years, it forever changed the way that we interacted with each other. How we lived. What was important. And though I came to Christ when I was still too young to have done anything too crazy, following Jesus has shaped and continues to shape my perspective on this world—allowing me to have joy in the midst of hardships and a peace that can only be found in Him.

*”What I am saying is that as long as an heir is underage, he is no different from a slave, although he owns the whole estate. 2 The heir is subject to guardians and trustees until the time set by his father. 3 So also, when we were underage, we were in slavery under the elemental spiritual forces[a] of the world. 4 But when the set time had fully come, God sent his Son, born of a woman, born under the law, 5 to redeem those under the law, that we might receive adoption to sonship.[b] 6 Because you are his sons, God sent the Spirit of his Son into our hearts, the Spirit who calls out, “Abba,[c] Father.” 7 So you are no longer a slave, but God’s child; and since you are his child, God has made you also an heir.”

Because of Jesus, we can know a love that is unlike anything this world could ever give us. We can know a hope greater than anything we have ever known before. And we can have full access to God the Father because through Jesus we have been made sons and daughters of the King. All because Jesus left the perfection of Heaven to come down to this earth as a baby to die on a cross and save us from our sins. The story of our Savior is the greatest story ever told. And living our lives completely sold out to our Savior is the greatest decision we could ever make!

3 thoughts on “Jesus Changes Everything”