“Don’t let anyone look down on you because you are young, but set an example for the believers in speech, in conduct, in love, in faith and in purity.” 1 Timothy 4:12 (NIV).

You are a role model. Whether you think so or not, there are people in your life who are watching you—and looking to your example for guidance on what to do—or, not to do. Whether it is a younger kid in your neighborhood, a younger sibling, or a cousin, you are already a role model in someone’s life, even if you are still relatively young yourself.

When I started this blog almost five years ago, I based my title largely after this theme, and the verse listed above. I was sixteen at this point, and have already had a number of role models who have influenced me in my own life—ranging from youth leaders, to celebrities (such as Bethany Hamilton and Francesca Battistelli), to older girls at my church. I also knew that as a Christian teenager, I wanted to set an example in my own life for those who were younger than me. People who were where I have already been, and who were striving to live out their faith to the best of their ability. I wanted to live out the words of this verse in my own life—and set an example for other people my age through speech, conduct, love, faith, and purity.

It doesn’t take long to look around at our society and see that as a whole, people don’t really expect much from middle, high school, and college students. I’ve lost count of the number of times I’ve heard people say “Oh but they’re a teenager! Of course they’re going to do XYZ!” Even at twenty, the stigma remains. It is simply assumed that people my age and younger are going to party, drink, and sleep around*. It is something that is simply thought of as something that is normal for people our age.

Recently, I had the chance to talk to a younger girl at my church who is starting a Christian club at her high school. I know another girl who, at only fourteen has started making Christian vlogs and posting them to YouTube. These people are living examples that you are never too young to make a difference and lead people closer to Christ. You have the chance now—right where you are!

To lead people closer to Christ.

To encourage kindness in those around you.

To live a life characterized by faith and purity.

You have the chance to set an example. How will you use it? 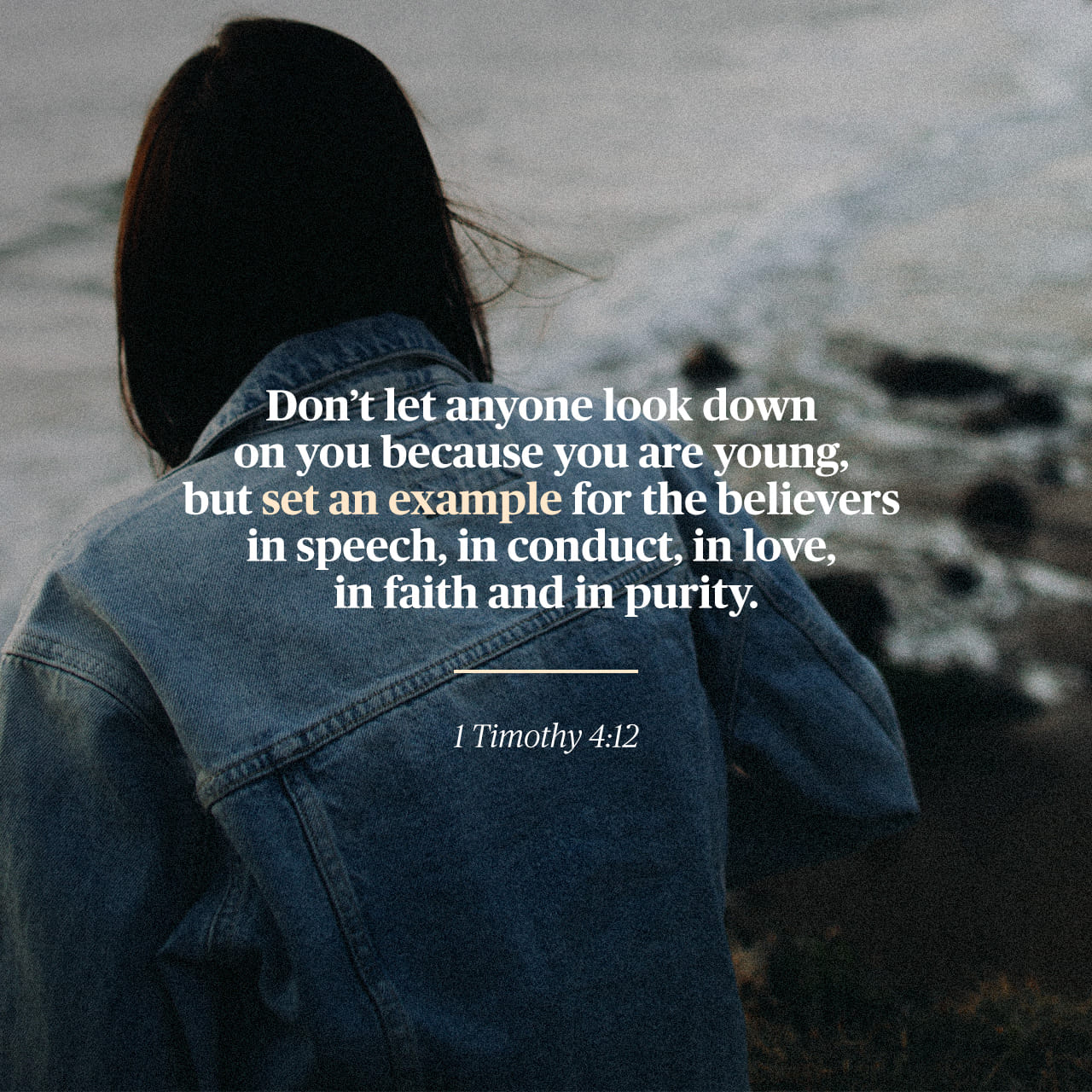 “Therefore, since we are surrounded by such a great cloud of witnesses, let us throw off everything that hinders and the sin that so easily entangles. And let us run with perseverance the race marked out for us, fixing our eyes on Jesus, the pioneer and perfecter of faith. For the joy set before him he endured the cross, scorning its shame, and sat down at the right hand of the throne of God.” – Hebrews 12:1-2 (NIV).

*Note, if you have some things that you’ve done and regret in your past, I want to be the first to let you know that God doesn’t love you ANY less! He can still use you and use your testimony for His glory. I know a number of people who haven’t always been walking with Christ who are now fully on fire for Jesus—and making a difference for His Kingdom every day! You are never to far gone for our God!🙂