A couple of days ago, our American government made a decision that has been talked about nonstop since it happened. The U.S. legalized gay marriage nationwide, and as we would expect, there was huge response from both ends of the political spectrum. Supporters of this decision posted comments on Twitter about their excitement towards this decision. Meanwhile, people who opposed this decision became just as vocal. It seems to be the topic on everyone’s mind, and that likely won’t change. Every day, more and more news articles pop up relating to homosexuality, and more recently, with the news story following Bruce/Caitlyn Jenner and the ABC reality show Becoming Us, transgenderism. Nonetheless, that’s a topic for different day and blog post.

I’ll be honest, I had no intention of addressing this topic again so soon, but under the circumstances, I feel convicted to share my thoughts on this nationwide debate. As stated in past blog posts, I have a lot of compassion for the LGBT community while maintaining a more traditional perspective on the topic. I can understand why people feel the way they do on both sides of the debate. Nonetheless, gay oriented people have been reduced to just that, a debate. Now I’m not going to belittle the complicated decisions that many politicians and churches have to make regarding this issue, but I feel that a little too much emphasis has been placed on gay marriage over the past couple of years. Many Christians, particularly churches, have become completely consumed by the topic of marriage. While I agree that marriage is an important institution, it shouldn’t be our main focus as Christians. Matthew 22:30 says “At the resurrection people will neither marry nor be given in marriage; they will be like the angels in heaven.” (NIV).

Marriage isn’t eternal, but people’s souls are. People won’t walk into eternity married, but they will, someday, walk into eternity. In the words of the popular evangelist Mark Cahill, ten out of ten people die. I feel that it would do a world of good to take the focus off gay marriage for a little while, and focus on the people involved. If we put the same energy into reaching out and witnessing to this community that we do into trying to prevent gay marriage, imagine the impact that we’d have. What if we pointed people to the love of God and the sacrifice that He made on the cross, rather than preaching about how marriage is “One man and one women”? If the image of God that we present as Christians is some guy in the sky with a big rule book, people aren’t going to want to follow Him, and they sure aren’t going to listen to anything that we have to say regarding morality. Nonetheless, if we make people realize God’s amazing love and how He came to earth for them, and would do it all over again, we might actually reach people with the gospel. Marriage is a good thing, but it can become an idol if we, as Christians, focus more on the gay marriage debate than on pointing people to God. C.S. Lewis wrote a book years ago called Screwtape Letters, and Lewis makes the point in this book that Satan will often try to distract us from things like eternity by focusing on the temporary. Perhaps, as well intentioned as we may be, this is what’s happening in society today. Thus, I urge you to take some time away from the gay marriage debate and focus on what’s really important in the big scheme of things: Helping a broken world find a loving God. 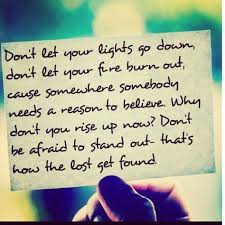 One thought on “When Institution Eclipses Salvation”