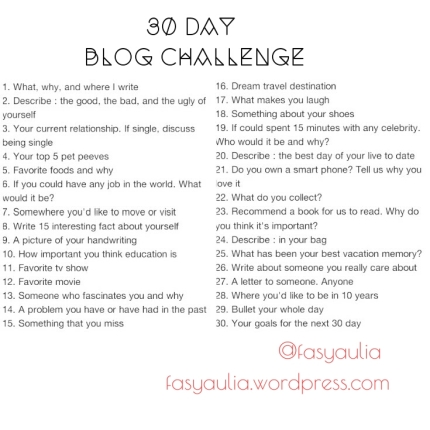 1. Prejudice/stereotyping – This gets on my nerves so much. If there’s one thing that drives me crazy beyond measure, it’s when people are mean and offensive to a certain people group and/or accuse an entire group of people of being guilty of a particular behavior. If a person starts a sentence with the phrase “Those (Insert people group) are always (Insert undesirable characteristic)” I’ve likely already tuned them out in my mind. Along with being wrong on so many levels, it’s incredibly annoying and unbecoming.

2. Bullying – In some ways, this is kind of similar to #1, but considering there are subtle differences between the two, I believe it’s relevant to post this one as well. Bullies have always gotten on my nerves—especially when they travel in packs. As somewhat of a nerd, I’ve been targeted for more subtle forms of bullying over the course of my life and it breaks my heart to see it happen to others. No one should have to endure that kind of psychological, verbal, or physical torment.

3. When people smoke in public places – This truly irritates me in a big way. Whenever I’m at a place where someone is smoking, I always hold my breath to try to avoid inhaling the second-hand-smoke and end up feeling short of air as a result. It’s not healthy for the person smoking or the innocent bystanders, and by smoking, a person puts everyone around them at risk for the health hazards of second-hand-smoke (OK, getting off my soapbox now…)

4. When people act inappropriately online – Thankfully I haven’t been a victim of this too often, but the times that I have, I’ve gotten seriously freaked out. Fewer things have made me feel more uncomfortable than guys I’ve never had a conversation with asking where I live or trying to flirt online. Double points for the times it happens in Twitter DMs.

5. When people are rude – Certain things really are basic manners. Holding the door for someone. Apologizing for bumping into a person. Saying please and thank you. It really irritates me when people ignore some of society’s most basic etiquette rules.

How about you? What are your pet peeves? Feel free to post your own list in the comments section!